Build your own package

Use  Promocode: HENSPRINGFREE   and get ONE FREE PLACE! when you book before the end of February! - For a limited time only. T&C's apply.

I love Halloween, it’s been my favourite celebration forever and in recent years the UK has started to catch up with other countries in terms of going all out with crazy costumes. However, the popularity of sexy [insert something not sexy here] costumes is on the rise, and far too rapidly in some cases.

Wrong on so many levels, and levels that shouldn’t need to be explained. Apparently fighting Ebola is ‘no reason to compromise style’, which in turn supposedly makes it absolutely fine to add the word ‘sexy’ in front of ‘Ebola containment suit’. Wear this tomorrow and you’ll find yourself in self-imposed solitary confinement. Straight up weird.

Hang on a minute. A sexy Buzz Lightyear? The toy with the huge chin? What a way to ruin one of everyone’s favourite movie characters forever.

The thing that I really can’t understand about this costume is that it is currently OUT OF STOCK, which means it must be popular. Is there really any way you can make a male, cartoon dog sexy? Didn’t think so.

Louis CK is funny. He is also a man, a man who is (happily) a bit overweight, nearing his fifties, and balding, and not afraid to laugh at himself either. However, I think he might die laughing when he sees the ‘sexy’ Louis CK costume that Playboy have put together over on their website. Show me someone who can make this look sexy and my brain will explode (not in a good way).

Clowns are sexy, right? When they’re not hiding in drains or amusing children, sure. UM. NO. Personally I don’t have a problem with clowns and they don’t freak me the hell out like they do people with Coulrophobia, but that doesn't mean they should or even can be sexy. Nope. 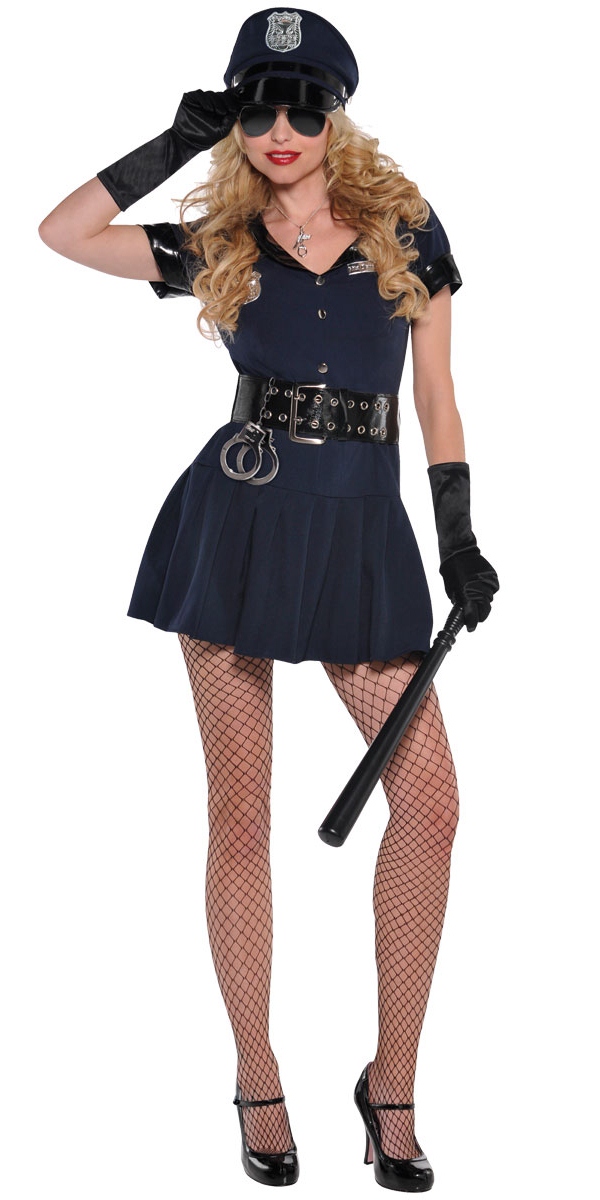 There is nothing sexy about getting a ticket. Nothing.

Sexy characters from children’s films? Seriously? You’d think it couldn’t get any worse than this right? Until I remind you that we’ve still got 12 more costumes to go after this one. Let’s take a deep breath and carry on…

I can’t say I’ve ever found a lobster to be attractive, intriguing yes, but attractive? Definitely not. This costume hopefully includes a warning telling whoever buys it to stay away from the kitchen in restaurants for fear of being thrown in a huge pot of boiling water.

No, no, no, no, no, no, no. Just no. I would blame whoever cast Angelina Jolie in The Maleficent, but this problem has been around far longer than that film. Witches and the like are supposed to be scary and not sexy, so I’m singling out this example here.

The sexy SpongeBABE costume? I thought I’d seen it all, and then I realised you can get an accompanying Patrick costume. Surely I’ve seen it all now, at least until next year when a sexy Gary the Snail costume appears, which must at least be a possibility when you consider that the SpongeBabe costume is an officially licensed Nikelodeon product.


Sexy Pebbles from The Flintstones

Pebbles is an infant, making this one all kinds of wrong. Avoid.

I can’t even get my head around the fact that this one even exists. Cosplay just died a little inside.

Cosplay takes another kicking here with the Sexy Sonic costume. I actually find this one quite amusing, and it is by no means the worst one on the list. That’s not to say its good though, and in my eyes it is still definitely not sexy. Unless erinaceinae are your thing of course. You can also get a Tails costume for your BBF if you really had to.

I really am struggling to find words for some of these now. You can probably just about get away with wearing a Pikachu onesie at home, but a sexy Pikachu costume to wear out on Halloween is just too far. Way too far. If there were a line that you crossed you’d be so far past it you wouldn’t even be able to see it.

WHAT IS SEXY ABOUT A MASS-MURDERING SERIAL KILLER WHO REFUSES TO DIE? I guess that never say die attitude of Michael Myers is an attractive quality to some people. Don’t like the Halloween films? That’s cool, you can always go for the sexy Freddy Krueger look instead.

Miriam is the Senior PR & Campaigns Executive for The Stag Company. Originally from New Zealand, she loves fashion, animals, and travelling.

View all posts by Miriam »

Your story: Bridal party helps to make wedding dress and the result is beautiful…

Your story: Bridal party helps to make wedding dress and the result is beautiful…